Sealed Caps - A proper sealed well cap prevents insects and small rodents from entering your water supply and contaminating it with fecal matter, skeletal remains and harmful bacteria. Let Thompson's certified plumbers install one on your well giving you more than just a piece of mind. 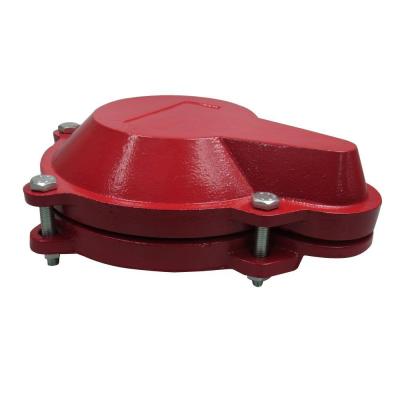 Throwing money down the drain - a leaky pipe or faucet can waste 15 to 20 gallons of water a day which is why it is cheaper to have it fixed than to let it drip, drip, drip. drip...

Always have your water heater installed and set by a certified plumber. Thompson's Plumbing (613) 272 3756

Insulate your pipes - To help prevent your water pipes from freezing in our frigid winters it is best to wrap them with insulation or heating wires. Wrapping the pipes also prevents 'sweating' in the hot summer months when condensation from the cold water pipes drips down onto what is below.

Speaking of frozen pipes - Living in eastern Ontario means long cold winters and hot humid summers which make condensation build up from cold water pipes inevitable and the possibility of frozen pipes high. On the coldest nights of the year it is best to leave taps on a trickle for pipes that are exposed to the elements. However if the unfortunate does happen and the water pipes do freeze there are a few thing one can do to minimize the consequences.

Clean the system - Every day we flush and pour down our drains grease, soap, detergents, paper, food wastes and countless of other chemicals without ever giving it a thought of where it goes or what it does to the plumbing system which it is wise to clean the system from time to time however, we don't mean that more unnecessary chemicals get flushed or poured. There are many environmental safe ways to clean a system from simply pouring boiling hot water down the drain to melt the build up of grease and detergents or pour vinegar and baking soda down the drain and let it sit for a few minutes then flush with water helping to remove odors from sinks and drains and the pipes clean.

Watch Mythbusters demonstrate the potential bomb that lurks in our basements